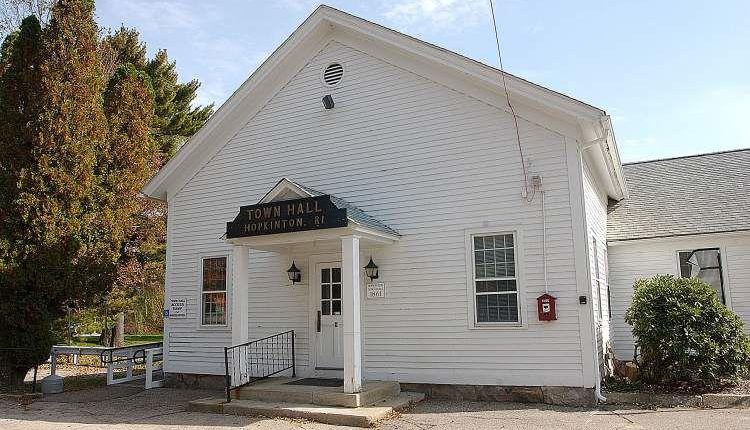 ASHAWAY— Opponents of a commercial solar energy project at 310 Main Street have lost their bid to overturn two zoning amendments approved by the town to allow the construction of the project in a residential zone.

The court decision in favor of the defendants was issued on May 29 by Rhode Island Superior Court Associate Justice Sarah Taft-Carter.

Represented by attorney James Donnelly, 13 plaintiffs, all Hopkinton residents, filed an action for declaratory and injunctive relief on Jan. 9, 2019, contending that the Town Council had violated the law because it had not followed several required procedures in granting the zoning amendments.

Following the Jan. 9 action by the plaintiffs, the town and the developer countered with motions for summary judgment. The motions argued that the plaintiffs “lacked standing” to bring a declaratory judgment action and that the council had not violated the law when it approved the two zoning amendments.

The issue of standing, McAllister explained, relates to the plaintiffs’ ability to prove that they had suffered personal injury as a result of the approvals.

“There has to be  a concrete, particularized injury that is actual or imminent and not conjectural or hypothetical,” he said. “… It has to be an injury that’s demonstrated distinct from a general harm or injury to the whole town, to everybody in town.”

Taft-Carter was not persuaded that the plaintiffs had presented sufficient evidence of harm.

“Their generalized allegations claiming that the actions of the Town Council ‘have damaged [them], leaving their lives and ownership interests in their properties, without the protections that the laws in fact provide’ are insufficient to demonstrate a legally cognizable injury,” she stated.

Eric Bibler, who is not a plaintiff but founded the group Hopkinton Citizens for Responsible Planning, disagreed with the judge’s opinion on standing.

“The judge dismissed the claims of the plaintiffs after finding that they had ‘no legal standing to sue’ — notwithstanding the fact that they are all abutters to the project and that the developer is building an industrial project in a residential neighborhood,” he wrote in an emailed statement.

“For the closest abutters, the developer is erecting structures within 25 feet of their property, in blatant violation of the town zoning ordinance which requires a 100-foot setback from residential zones. Even though the plaintiffs offered affidavits attesting to the harm they have experienced, and asked for an injunction to prevent further harm, the judge said that they had failed to prove concrete harm — ignoring the fact that the purpose of the suit was to prevent harm.”

The plaintiffs’ assertion that the council lacked the required two-thirds supermajority vote described in a town solar ordinance in order to approve the zoning changes was also dismissed. The defendants argued, and the judge agreed, that neither state law nor the town charter, both of which supersede town ordinances, requires a supermajority.

The plaintiffs also argued that the town had not complied with the notice requirements set forth in the town charter and that the work had begun before the building permit had been improperly issued.

Taft-Carter did not find the arguments credible, concluding,

“Because Plaintiffs lack an injury in fact sufficient for standing under the UDJA [Uniform Declaratory Judgments Act], and because there is no genuine issuance of material fact as to the lawfulness of the zoning ordinance amendments, this Court grants summary judgment for all Defendants as to all counts in the Plaintiffs’ declaratory judgment action.”

“It’s not a surprise,” McAllister said of the judgment. “I was confident that this is how the court would rule.”

Donnelly, who represented the plaintiffs, did not respond to a request for comment, but Bibler said the residents should have been granted the opportunity to present their case.

“Had the plaintiffs been allowed to present their case in court, they would also have shown that the town council had violated various provisions of the town’s solar ordinance, but the judge deprived them of that opportunity when she ruled that they failed to ‘prove’ that the construction of a 60-acre industrial project in a residential neighborhood would have any adverse impact on the home values and quality of life,” he said. “If this is not true, why then do we have a zoning map and various zoning ordinances to prevent this? … This is a very sad day for everyone in Hopkinton, except for the three town councilors and the notoriously ruthless solar operator who muscled this project through the approval process.”

The court defeat follows an earlier dismissal, in February, of a lawsuit by residents that sought to overturn council approvals of a commercial solar energy facility at 145 Skunk Hill Road. That case, also heard by Taft-Carter, was dismissed because the 162-page complaint was deemed too long.